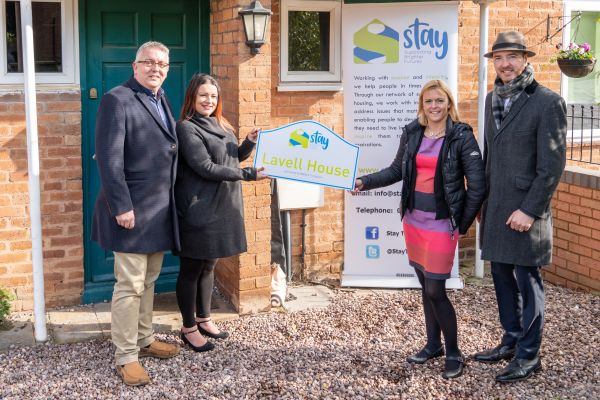 Stay Telford, which supports homeless and vulnerable people in the area, has chosen Midland Computers to name one of the houses in their latest scheme.

Lavell House will provide accommodation for 3 individuals who have found themselves homeless and with nowhere else to turn.

2020 marks the 30th year of Stay Telford supporting homeless and vulnerable people in the area.

Kay Bennett, Operations Support Administrator at Stay Telford, says: “This year marks Stay’s 30th anniversary of providing accommodation and support to homeless and vulnerable people in Telford.  2020 has been a tough year for all and our client group are some of the most at risk of contracting Covid-19.  We are therefore very grateful to Midland Computers for their continued support which has allowed us to take on another HMO and ensure another 3 people are able to get the help they need.”