Office 2010 will reach its end of support on October 13, 2020. If you have Office 2010 in your business or home and haven't already begun to upgrade your Office 2010 environment, we recommend you start now.

What does the end of support mean?

·         Security fixes for vulnerabilities that are discovered

Because of the changes listed above, we strongly recommend that you upgrade as soon as possible.

What are my options?

With Office 2010 reaching its end of support, this is a good time to explore your options and prepare an upgrade plan to either of these latest versions of Office:

A key difference between Office 365 and Office 2019 is that Office 365 is updated on a regular basis, as often as monthly, with new features. Office 2019 only has the same features that it had when it was released in October 2018. 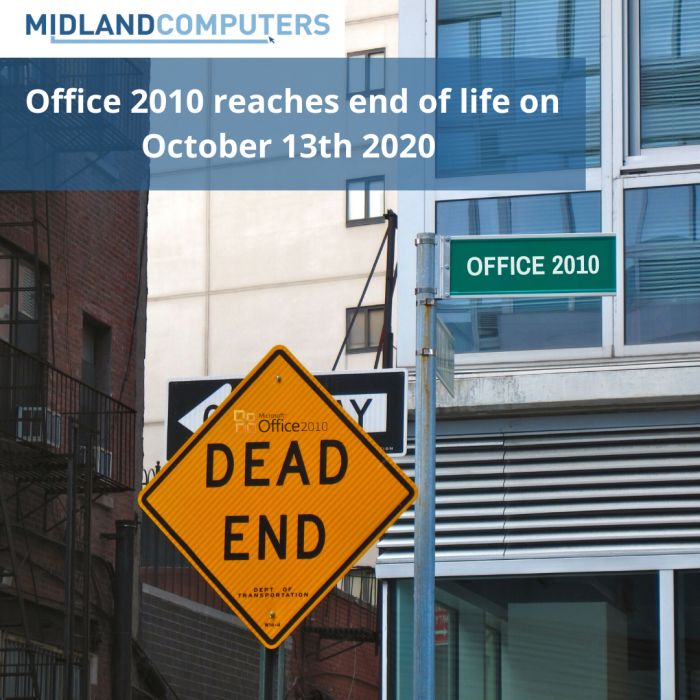