Windows 7 – What You Need To Know 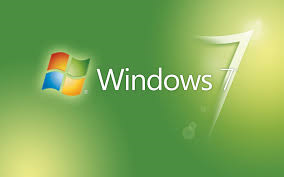 You may be aware of Microsoft’s recent announcement of the end of license for some of its Windows 7 products. The deadline of October 31st 2014 has been given, marking the end of Microsoft providing its PC partners and system builders with a copy of the Windows 7 Home Basic and Home Premium software. OEMs will still be able to sell their existing stock of machines running these versions, but they will not be able to restock once they have run out. You might also have noticed that Microsoft ceased selling copies of the software at retail nearly a year ago.

The October deadline does not apply to PCs currently running Windows 7 Professional.

Microsoft officials have admitted that they have not yet gone public with the end of sales date for computers running Windows Pro. This really works as a positive for companies who are still unsure of making the switch to Windows 8, or are awaiting Windows 9.

This October deadline does not mean the end of support or downgrade rights. You are still able to buy a PC running an OEM license for a business edition of Windows, and downgrade to an earlier version if you wish.

Microsoft will continue to make free security fixes for Windows 7, until the official end of extended support in January 2020.